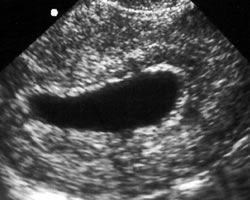 Although the term “blighted ovum”, also known as a “anembryonic pregnancy” may not be as commonly known, it occurs much more frequently than most people realize. A blighted ovum occurs when the placenta develops but no fetus is visible on ultrasound. In most cases the pregnancy would end in a miscarriage.

How do I know if I have or have had a blighted ovum?

In most cases a blighted ovum occurs very early in pregnancy – before most women even realize they are pregnant. As with a normal pregnancy you may even begin to experience the early pregnancy signs and symptoms. In some cases this is followed by some cramping and minor spotting or bleeding, then ending with your body flushing out the uterine lining and you having a period which may be heavier than normal. In other cases women simply assume that their pregnancy is on track, as everything appears to be normal. Your hCG levels continue to increase and the placenta continues to grow and support itself. In this case diagnosis is usually made when the week 8 (or near there) ultrasound reveals the womb or birth sac to be empty.

What can cause a blighted ovum?

As mentioned the occurrence of a blighted ovum occurs much more frequently than most people actually realize. In fact about 50% of first trimester miscarriages occur because of a blighted ovum and this is usually the result of chromosomal problems. In most cases your body would recognize that there are abnormal chromosomes in a fetus and naturally does not try to continue the pregnancy because the fetus will not develop into a normal, healthy baby. This occurs because of abnormal cell division, or poor quality sperm or egg.

D&C or wait for a natural miscarriage?

Should your ultrasound reveal that you have a blighted ovum, it is then left up to you to decide if you should wait for your body to naturally miscarry or to have a D&C. Most doctors do not recommend a D&C for an early pregnancy loss as it is believed that a woman’s body is capable of passing tissue on it’s own and there is no need for an invasive surgical procedure with a risk of complications. However, if you want to discover what may have caused the reason for why the pregnancy did not develop properly, then you could have a D&C performed. Of course there are those who also believe that having a D&C performed would

Can it be prevented & when can I conceive again?

There is nothing that can be done to prevent a blighted ovum. A blighted ovum is often a one-time occurrence and rarely will a woman experience more than one. You’ll probably get your period again in four to six weeks after you miscarry or have the tissue removed. Some healthcare providers say you can start trying to conceive again after this first period, but others recommend that you wait until you’ve been through another menstrual cycle.

Does having a blighted ovum increase chances of miscarrying again?

Although this will probably be on your mind when you start trying to fall pregnant again, having suffered a blighted ovum doesn’t mean that are at a higher risk of miscarrying again. Most practitioners will wait until you’ve had two or three consecutive miscarriages to order special blood and genetic tests to try to find out what’s going wrong.
Bighted Ovum 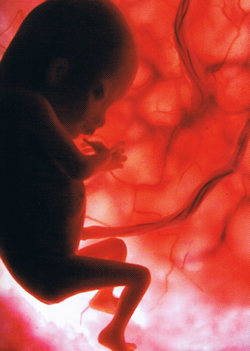 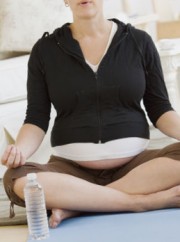 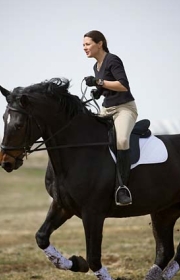