Image of a Week 10 Ultrasound: http://www.pregmed.org/pregnancy-week-by-week/10-weeks-pregnant

What to Expect at This Appointment?

This is a routine ultrasound week where the doctor will measure the baby and the parents will listen to the heartbeat. The doctor will go over the mother’s diet and suggest any improvements if the mother isn’t obtaining their nutritional needs. Mothers that have strange cravings, such as dirt, might be experiencing a disorder called Pica. Pica is a disorder where people crave non edible objects such as dirt or plastic. This is a common issue in pregnant mothers and is an indication that certain essential vitamins are not being consumed. The risk of congenital defects makes a significant drop this week. This is due to the most vital stages of development being completed. If there are any suspicions of defects or if the mother is over 35 years old, the doctor might suggest genetic testing during this week’s ultrasound appointment. Most of the tests are noninvasive and can be determined mostly through blood samples. Genetic testing can inform both the doctor and parents to potential birth defects and allow everyone to plan accordingly.

What is Developing at 10 Weeks?

The hands and legs continue to grow with separation between the toes and fingers. Nails grow at 10 weeks and the baby will receive their own individual fingerprints during this week. Bone and cartilage are starting to develop at 10 weeks, so it is important for the mother to increase her calcium intake to help promote healthy bone development in the fetus. At 10 weeks, the outline of the spine is visible as well as the spinal nerves that are attached. The brain begins to take over more function and the liver is functioning at this time. All of the internal organs are growing during this period. The intestines have hollowed out and muscles have developed that allows them to contract. This developmental milestone allows the fetus to practice swallowing while in the womb. At 10 weeks, the diaphragm is beginning its development. Once it is more developed it will separate the chest and abdomen. The diaphragm is an important organ that helps with breathing. The baby has grown to be the size of a small lime during this week. Additionally, the fetus gains about .15 of an ounce during this week.

Hormones are still high and during this week high levels of progesterone and HCG will cause your complexion to be shinier and smoother. This is commonly referred to as the pregnancy glow. The breasts are filling out more as the milk producing glands are developing in preparation for the baby’s arrival. Try to avoid overeating or eating greasy foods. The saying eating for two is a myth. During pregnancy, the mother only needs an additional 300 calories per baby to help sustain a healthy pregnancy. Eating too much junk food or greasy food will lead to weight gain that will be hard to work off after the baby arrives. Schedule a routine dental checkup. Many pregnant women will have dental issues during pregnancy due to the change in blood volume.
Week 10 Pregnancy Ultrasound 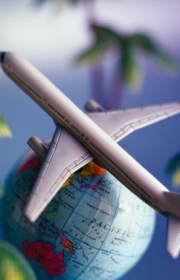 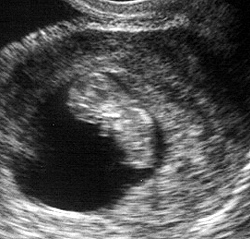