Chorionic Villus Sampling, What Is It And Does it Effect You? 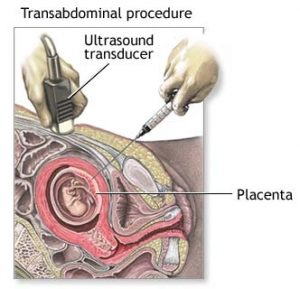 This test is performed by using a tin tube which is guided through your cervix or by using a thing needle which is inserted into your uterus. Your health care provider will then take a sample of chorionic villi from the placenta. The Chronic villi have the same genetic makeup as your baby and are responsible for transferring nutrients, oxygen and antibodies from you to your baby.

This test is usually performed at the end of the first trimester between the 9th and 14th week of your pregnancy.

Since Chorionic villus sampling has the ability to detect and genetic problem earlier in your pregnancy than any other test, this test may be offered to anyone who may be at risk of delivering a baby which may have chromosomal or genetic disorders. It may also be offered to you if one of your earlier screening tests has returned results which are cause for concern.

What Complications Will CSV Detect?

How accurate are the results?

Chorionic villus sampling, he chance of a false-positive is less than 1 percent

What are the risks associate with Chorionic villus sampling

It was believed that CSV was responsible for increased risk of limb deformities; researchers have found no evidence to justify the initial fear and so, chorionic villus sampling is not considered a risk factor for congenital defects of the limbs.

Chorionic villus sampling is recommended when the potential value of early diagnostic results outweighs the risk of miscarriage or other complications. At the end of the day the decision is yours to make if you wish to have CSV done.

What happens after chorionic villus sampling?

Most CSV tests return normal results, and if this is the case then in most occasions a follow-up ultrasound is recommended a few days post testing just to confirm your babies health.

If the test does return results showing a genetic disorder that can’t be treated, then you will and your partner will need to discuss your options which are available to you. 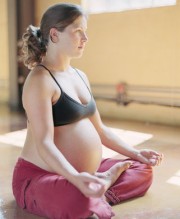