Bleeding And Spotting During Pregnancy

While bleeding or spotting during early pregnancy may be a common pregnancy symptom, it will no doubt cause some concern to anyone who may be pregnant. There are a number of possible causes for this to being ‘normal’ – such as when your fertilized egg implants itself into the wall of your uterus – commonly referred to as implantation bleeding. This alone can cause a day or two of bleeding. Of course if you are still in the early stages of pregnancy you may experience some bleeding similar to what you may expect if you were about to start your normal monthly cycle. Although your hormones will prevent your normal cycle from occurring while you are pregnant, it is not uncommon that some women may experience some bleeding around the same time as they would normally have had their period. Did you know that a quarter of all pregnant women will experience bleeding or spotting at some point in their pregnancy?

What is the difference between spotting and bleeding?

Spotting is very light bleeding, similar to what you may experience during the very beginning or the end of your normal period cycle and it can vary in color from pink to red or brown. Bleeding would be what you would normally experience during a normal monthly cycle. If the spotting you are experiencing is in conjunction with either bright red blood, fevers, chills or cramping then you will want to contact your health care provider as soon as possible.

What are the other causes of spotting?

Infections Spotting may also be a result of conditions which are not pregnancy related. A vaginal infection, such as a yeast infection or bacterial vaginosis or even a sexually transmitted infection can cause your cervix to become irritated or inflamed. An inflamed cervix is particularly susceptible to spotting after sex or after a Pap smear. Miscarriage or Ectopic Pregnancy Spotting is one of the early signs of a possible miscarriage or an ectopic pregnancy, especially if accompanied by abdominal pain or any cramping. There are of course other signs of both of these complications, and you should read through the articles if you are concerned about the health of your baby. Placental Problems or Premature Labor Spotting or bleeding during the second or third trimester of your pregnancy can be a sign of a complication such as: Normal Labor A vaginal discharge that’s tinged with blood after 37 weeks is most likely just a sign that the mucous plug has dislodged and the cervix is beginning to soften or dilate in preparation for labor. You should still report any other bleeding or spotting at this point to your healthcare provider. Unknown Causes In some cases, the cause of the spotting will remain a mystery. There have been hundreds upon hundreds of cases where women have had bleeding or spotting during pregnancy, and have carried full term and had healthy babies. The important thing is that the moment you experience any type of bleeding or spotting that you inform your healthcare provider ASAP.
Bleeding During Pregnancy 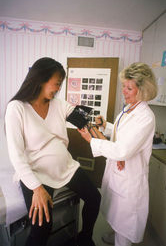 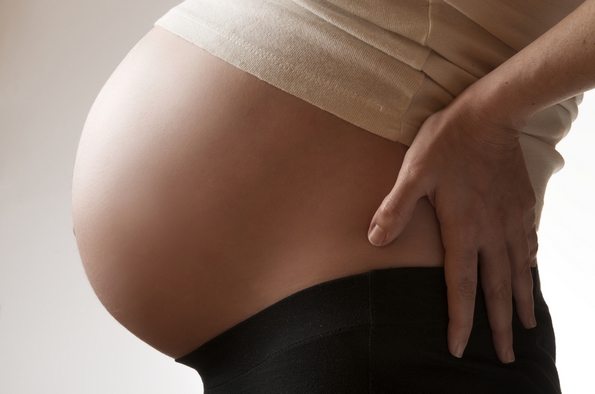 How Many Weeks is Full-Term 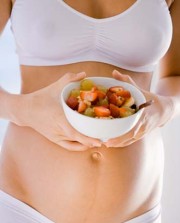