Spotting is a vaginal bleed. A vaginal bleed is considered any type of bloody discharge from the vagina. Many women report spotting within early pregnancy because it is a sign of implantation, when the fertilized egg implants in the uterine wall. Spotting is characterized by trace amounts of blood either when wiping or in the lining of the underwear. The discharge ranges from red to brown in color. Spotting doesn’t discharge enough blood to fill a standard panty liner.

There isn’t a direct correlation to what causes spotting. Many women have spotting during their pregnancy and are able to have healthy pregnancies and babies. A little blood, or spotting, isn’t something to worry about in normal cases. Many doctors think that early spotting during pregnancy is an indication of implantation bleeding. This category of bleeding is when the ovum attaches to the lining in the uterus. Normally this spotting happens before a positive pregnancy test can be confirmed and many women mistake it for an irregular period.

Recently spotting has been linked to cervical polyps, or benign cervical growths. Most of the time polyps are harmless, but they can cause bleeding. The bleeding is caused because during pregnancy the levels of hormones that the mother naturally produces increases to help promote a healthy pregnancy. The higher levels of estrogen have been linked to polyp bleeds. Cervical polyps can also be irritated by sexual activity.

Another cause for spotting is gynecological exams. These exams have a penchant for causing slight bleeding in women. However, it is cautioned that gynecological exams are completed by the doctor because they believe it is the safest way to assess the situation. Expectant mothers are advised to participate in their exams despite the risk of spotting related vaginal discharge.

What to Do If You Experience Spotting?

While spotting is common, it is not expected nor is it normal. Any time an expectant mother experiences spotting, they should inform their doctor immediately. The doctor can monitor the frequency of spotting and ensure that there isn’t an underlying condition that could cause harm to the mother or the fetus. While spotting can be an indicator of health issues, over half of the women that experience spotting continue to have healthy pregnancies and healthy deliveries.

The following list of activities have been linked to alleviating spotting:

Spotting is labelled as a tiny amount of blood, less than the amount needed to fill a standard panty liner. Expectant mothers who bleed through a panty liner or have excessive spotting should take themselves to the closest emergency room in order to check to ensure nothing serious is affecting the health of the mother or the child. 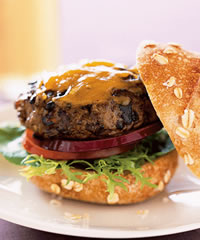 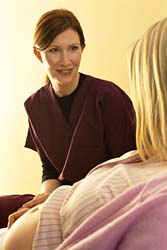