Many aspects of pregnancy can cause alarm to expectant mothers. One of the most alarming situations one might deal with is the discharging of the mucus plug.

What is the Mucus Plug?

The cervix produces a special mucus referred to as cervical mucus. Cervical mucus is a natural protection that a women’s body produces. The mucus is secreted or discharged during different parts of the menstrual cycle and pregnancy. The mucus is secreted from the cervix to protect the reproductive organs from opportunistic pathogens and invading bacteria and/or pathogens. Additionally, when ovulation has occurred, the mucus evolves and acts as a safe passageway for sperm to travel. This is why many women experience an increase in mucus discharge around the time of ovulation.

The secretion of cervical mucus is controlled by estrogen. Estrogen is a natural hormone that the endocrine system produces to regulate homeostasis. When the egg is fertilized and implants in the uterus, the estrogen levels rise, promoting an increase gland in the cervix to produce cervical mucus secretion. This higher level of cervical mucus accumulates inside the cervix, where it thickens. A seal is formed called the operculum, or the mucus plug. The mucus plug is filled with immunoglobulins, antimicrobial peptides, and thousands of other antimicrobial agents.

The discharging of the mucus plug is one of the universal signs that labor is close at hand. While the pregnancy progresses, the mucus plug is cloudy, sticky, and thick. It is there to prevent anything potentially harmful from reaching the uterus. It’s a natural protection that the body produces. Towards the end of pregnancy, the cervix starts to thin in preparation for the upcoming birth. Blood is often released during this time, which causes the mucus plug to start thinning and be tinged with blood.

Why Does This Happen?

What Can Be Done About It?

It is natural to be worried about the mucus plug. Typically there isn’t a warning for when the plug will come. Most women find that the plug is discharged through normal urination and when they wipe, they discover the remains of the plug. The best thing for expectant mothers to do is not to be alarmed by the presence of the mucus plug, but take it as a sign that preparations for the hospital should be under way.

At times, the mucus plug doesn’t come until labor contractions have started. In this case, it is very common for the mucus plug to be excessively bloody. This is due to the blood vessels that are in the cervix. Once the cervix starts to dilate and efface, the blood vessels become weaker and rupture. This causes a heavier than normal discharge of blood. This is a clear sign that it could be time to head to the hospital, or at least have the bag packed.

Is It Okay If the Mucus Plug Comes Early?

Every woman is different. There are some women who lose their mucus plug a few weeks before labor, while some lose it hours before. The expectant mother should be aware of the signs of labor and be prepared to leave for the hospital. Additionally, having intercourse or undergoing vaginal examinations can cause the mucus plug to discharge. Many times the discharge will be bloody and will occur soon after intercourse or exam.

While it is fine for the mucus plug to come early, if the mucus plug comes early and/or there is a change in normal discharge that occurs before 37 weeks of pregnancy, contact the doctor immediately. This is often a sign of pre-term labor. 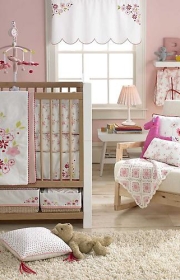