Week three is where the real fun begins. This is the first week where pregnancy symptoms could be experienced. Women that don’t experience symptoms at three weeks shouldn’t be alarmed, everybody is different and women react to hormone changes differently.

The Signs of Pregnancy

This is the week that some women find out that they are expecting. They determine this because of the symptoms they begin to experience during this week. Symptoms are varied between different women, but the most common symptoms are vomiting, nausea, loss of appetite, vaginal discharge, and cramping. This week is the week that most women lose weight instead of gain weight during their pregnancy. Many females report tenderness in their breasts and fatigue. Others describe an increase in urination and an increase in the olfactory senses, or the sense of smell.

These symptoms are caused by increased hormones. Hormones regulate the body’s functions and an increase in hormones is needed to ensure a viable pregnancy. While these symptoms might make a woman feel miserable, they are signs of a successful pregnancy.

As stated earlier, this is where the real fun begins. Week three is the start of proper development. It is during this week that the fetus begins to grow its rudimentary organs that will lead to complex organ systems with further development. It is during this time that the central nervous system is beginning to form. The central nervous system is forming between 3-16 weeks and any time during that period is a high risk time for developmental issues. The yolk sac extends into the connecting stalk of the embryo, creating the umbilical cord. This development also helps to produce blood cells and creates the various veins and arteries associated with the umbilical cord. The sensory organs such as the eyes and ears are getting started with development, as well as the heart.

During this week alcohol consumption can cause spontaneous abortion. Spontaneous abortion is a term that is used to describe when the body rejects the fetus for unknown reasons before the 20th week. This term is also known as having a miscarriage. Consuming alcohol can impair viability and can cause Fetal Alcohol Syndrome, a severe birth defect. During this time increase in vitamin A, trauma, medication, and prohibited drug use can also begin to harm the developing fetus.

Women that are trying to get pregnant or who think they might already be pregnant are cautioned to rest during this period. Women that rested and continued a healthy diet had a lower percentage of spontaneous miscarriages. However, resting and eating right don’t exclude an expectant female from the chance of a miscarriage. 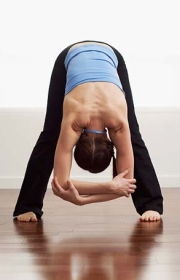 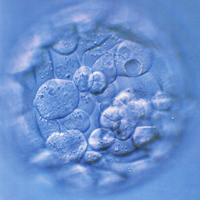