Let’s face it there are many old wives tales out there as to how to ensure that your baby is either a boy or a girl. Some are well, a little odd, and some seem as though they may have a bit of truth to them. Some which are based on medical fact and some which just plain don’t have any truth behind them at all.

Your baby is what you eat?

Other old wives tales on determining the sex of your baby include:

What The Experts Have To Say

Now we have heard the Old Wives Tales, lets see what the experts have to say about determining the sex of your baby.

Here is what we do know:

OK, so that is the basis for the theory. Lets see how this is going to allow you to choose the sex of your baby.

If you want a boy:
We know that the ‘male’ sperm cells, which carry a Y-chromosome, swim more quickly than the ‘female’ sperm cells, which carry an X-chromosome, but will die off faster as well, so you and your partner will have to be sure that you are as close to 100% certain that you ovulating, then you would have sex closer to that ovulation date.

This allows the faster swimming ‘male’ sperm to swim off to the waiting female egg and fertilize it before the slower swimming ‘female’ sperm reach their destination.

If you want a girl:
Well, it is really simple now that you see the pattern. If are planning for a girl then it is best to make love at least two days before you ovulate, as this will allow the faster swimming ‘male’ sperm to swim off, burn up their energy and die off, leaving the slower swimming ”female’ sperm to arrive to a ripe and ready female egg that is still waiting to be fertilized.

Other factors to bear in mind:

Video: How To Conceive A Girl

Video: How To Conceive A Boy 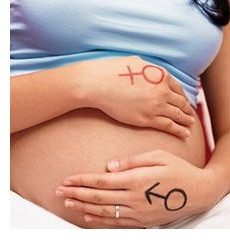 Guess The Sex Of Your Baby 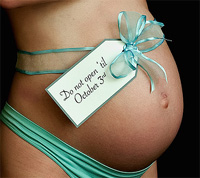