Your Baby Development: 21 Weeks Old How big is your baby? This week your baby will be weighing around 15 pounds and measuring 25 1/4 inches if he/she was of average size at birth. Baby’s world is becoming more 3 dimensional. Both baby’s eyes are working together, and his/her depth perception is improving with each passing day. He/she may study his/her hands and feet with fascination, as he/she will see them differently now. Your baby can now also distinguish between several shades of the same color, although he/she will still prefer primary colors. You can evaluate your baby’s vision by holding a toy some distance away in front of him/her. Slowly move it closer and see when he/she begins to take notice of it, and reach for it. Baby likes to change his/her body position and to move about. When you grasp his/her arms, he/she will help pull him/herself up by lifting his/her head and straightening elbows.

Physical Development
Mental & Social Development
Feeding Baby : Food to avoid Baby Care Thrush Thrush is a common yeast infection of the mouth, also called candida albicans. It isn’t serious, although the initial appearance may startle you. It often looks as if baby has curdled milk in his/her mouth. Thrush occurs most often in new born’s and infants, and may even be passed from mother to baby as baby passes through the birth canal, should the mother have a yeast infection. The most common symptom is white patches or “plaques” in the mouth. They may be found on gums, tongue, cheeks, lips and soft palates. Thrush is not usually painful, although baby’s mouth may be dry as a result. If you are breastfeeding and believe that you may have a yeast infection on your breasts, then you should take care of the infection as soon as possible. If you are bottle feeding then you must ensure that you sterilize nipples and bottles, either by boiling them or using a sterilizing fluid. You should contact your pediatrician if baby is feeding poorly or is dehydrated as a result of the the thrush. Toys and Play Bath toys may be some of baby’s favorite toys. Inexpensive toys that float are fun for him/her to play with in the bath. Because babies love music you may want to give him/her a musical toy with which he/she can play, such as pull toy or a toy with buttons on which start playing music. Take your baby outside to see the outdoors and the colors. Sit with him/her on the porch or in the yard, or even go for a walk to the park. Tell him/her what he/she is seeing, and let him/her examine the trees and flowers close up. Just be sure to not let him/her put anything in his/her mouth. Quick Tips For This Week
If baby is playing by him/herself, and seems content, let him/her continue. by doing this you are encouraging his/her independence.
Baby Week21 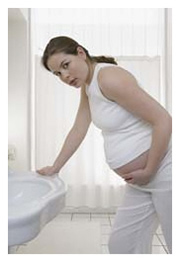 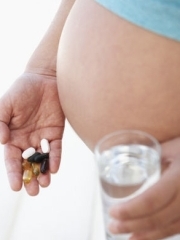