Are You Working During Your Pregnancy?

Nowadays more than ever more and more women are continuing to work during their pregnancy, and this often raises some common questions about pregnancy and work. such as:

The U.S. Pregnancy Discrimination Act prohibits job discrimination on the basis of pregnancy or child birth. It states that pregnancy and related issues should be treated the same as any other disability or medical condition. A doctor may be asked to verify that a woman can work during pregnancy without causing harm to her baby. Pregnancy Disability may result from one of the following: The Family and Medical Leave Act was passed in 1993 in the United States. This simply states that if you have worked for your present employer for at least a year, any new parent, man or woman, may take up to 12 weeks of unpaid leave in any 12 month period for the birth of a baby. To be eligible you must work a minimum of 1250 hours a year. In addition, if both the parents work for the same employer, then only a total of 12 weeks of leave is allowed between both parents. This act applies only to companies that employ more than 50 people within a 75 mile radius. States may allow an employer to deny job restoration to employees in the top 10% compensation bracket. Any time which is taken off prior to the birth of a baby is counted as part of the 12 weeks entitled to a person in any given year. If you have any queries, or require more information on this act, you can contact them on the following help line: 800-522-0925

Risks involved in working during pregnancy

Although it may be difficult to discover the risks in each and every work environment, the ultimate goal is always going to be the same, and that is to minimize the risk to the mother and the baby, while still allowing her to work during her pregnancy. A normal women with a normal job may be able to work through out her entire pregnancy with just a few changes to job or work routine, such as avoiding lengthy periods in which she stands. A good idea is to work with your doctor and your employer when it comes to work and pregnancy. Try not to work yourself out, rest as often as possible and drink plenty of fluids.
Working & Pregnancy 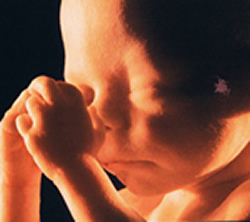 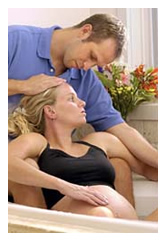