How big is your baby? This week your baby will be weighing around 16 pounds and measuring 26 1/2 inches if he/she was of average size at birth. Because baby’s depth perception has improved he/she can distinguish relationships with objects better. If a toy is now lying in front of another object, then he/she will realize that the toy is in front of the object he/she is trying to see. This insight expands his/her understanding of his/her environment. Now that baby’s ability to grasp objects is more developed, he/she can hold his/her own bottle. He/She may use his/her fingers to pick something up, passes the item from hand to hand as well as lift, shake, pull, squeeze and toss an object. Vocalization plays an important part of baby’s activities. He/She will indicate pleasure with many different sounds, and he/she may try to imitate the sounds which you make. He/She may string together a number of sounds and repeat them, such as “da,da,da” or “ma,ma,ma”, although he doesn’t yet realize that they have meaning. As his/strength increases with each passing day, he/she can probably sit briefly without support. When he/she starts to fall over, he/she may place his/her hand on the floor as support. He/She may also grab at an object with one hand while supporting him/herself with the other hand. This simple act displays the balance and strength which he/she has already developed.

Physical Development
Mental & Social Development
Feeding Baby | Baby Wants to Feed Himself At about this age, baby may become bored with his/her bottle. If he/she drinks well from a cup, then he/she may be ready to leave the bottle for most of the time, but don’t push it if he/she is not ready for it just yet. Your baby may enjoy feeding him/herself foods which he/she can hold easily in his/her own hand. He/She may thwart your efforts to feed him/her, because he/she wants to feed him/herself. Unfortunately he/she wont have the coordination to guide a spoon to his/her mouth on a consistent basis. You can keep giving him/her finger foods to help develop the hand mouth coordination, so that he/she can feed him/herself in the not to distant future. Tips for Feeding Baby Baby Care Bruises and Contusions Bruises result from an injury to tissue, but the skin itself is not broken, as with a cut. Now that baby is more active, you will notice many more bruises appearing. bruises usually appear as discolored skin, and are sometime associated with pain, swelling and tenderness of the area. The best thing to do with bruises is to apply an ice pack or cold cloth in the first 24 hours, but be careful when applying ice or an ice pack to baby’s skin. Rather wrap the ice or ice pack in a towel. After the first 24 hours, you can apply a warm cloth to the bruised area, as this often helps with discomfort of the bruise. Toys and Play Baby may start to enjoy roughhousing with you now. He may yelp with pleasure as you roll around on the floor together. You should be careful when you are playing together, as he/she is still a baby and can easily be hurt. You could also swoop your baby up into the air, however, not all babies enjoy being thrown and swooped in the air, so if he/she does protest, then you should stop immediately. Quick Tips For This Week
When baby can sit up in his/her crib, remove all objects that hang above or near his/her crib, such as mobiles.
Baby Week26 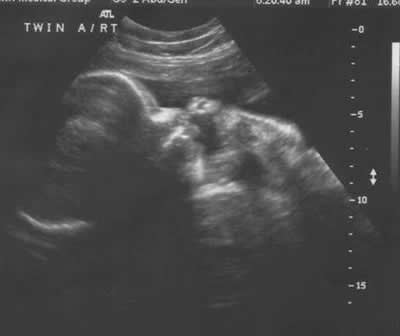 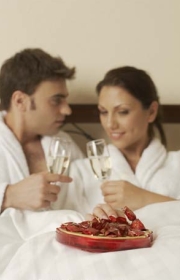