Have you ever wondered if what your child is saying is developmentally “normal” for his/her age? As parents, we are always concerned with how our child is progressing and it’s hard not to compare them with other children their same age. Just like physical development, the emergence of language is no different. Children will vary greatly in language skills, some learning language very quickly and others taking their time to start talking. Although their skills will vary, there are some important language milestones that you should be aware of to make sure your child is progressing as they should be.

You may not think much of it, but the first few months of your babies life are critical for language development. Even though they don’t appear to use much language at this age, they are very busy taking everything in and learning all the sounds they will be using in the very near future. Studies have shown that by about 6 months of age, a baby will be aware of all the sounds it needs for it’s native language and will begin to filter out any sounds that will not be needed. This is a great time to take advantage and introduce your baby to other languages. A babies first form of communication is through crying. By about 2-3 months of age, babies will start cooing. Baby cooing uses mainly vowel sounds. This cooing turns into babbling by about 6 months of age. They will begin to use repetitive sounds that have both a consonant and vowel combination, like ba-ba, ma-ma, da-da. They will frequently use them over and over again as they practice their new language skills. If you listen close, you will hear them imitate adult language by changing the tone of their speech and using inflections in their voice. It may not be understandable, but they are beginning to figure out how these things are part of their language. This is why, a baby’s first year is such an important time to talk and read to your child. It reinforces what they are learning and gives them great examples of how speech works.

By a child’s first birthday, they will most likely be able to say a few recognizable words. Some may not reach this milestone by a year old, but they should still be increasing their vocabulary skills by babbling and making different sounds. By about 18 months, children will know about 5-20 words. These first words are usually common objects in their daily life such as mama, dada, dog, car, baby, juice, milk, shoe, etc. They may not be pronounced perfectly yet, but most people will understand what word they are saying. Their language skills will start to pick up quickly from about 18 months to 2 years old. You might notice them going through language growth spurts where they learn quite a few words at a time. This one word stage lasts around 10 months until they have acquired about 50 words in their vocabulary. At this point, they will transition to use two word phrases as they start putting their known words together (more juice, shoes on). They also learn this year that these words are associated with different objects and realize that they can get what they want by using these words. By about 24 months of age, children will know approximately 150-300 words.

You will notice that around this point, you have pretty much lost track of about how many words they can say. At this age, you should start looking for the development of their sentences and their pronunciation ability. Words that were not understandable by others will start to become more clear as they start saying these words correctly (banana instead of nana). From 2 to 3 years they will jump from 2 word phrases to 3 word sentences. Instead of “go outside” you might hear them say “I go outside” as they begin to learn pronouns such as I, you, me, she, he. They may not use them correctly yet so you will still hear them confuse me for you for example. By the time they are 3 years old, they will have a word base of about 900-1000 words.

By age three, you will most likely not be able to stop them from talking. The will learn new words so quickly and build upon their language abilities week after week. Pronunciation will improve dramatically as those harder to pronounce letters become easier to say. Word and syllable length will also increase and sentences will grow to 4 words and more. These first few years of your child’s life are such an amazing time to both observe and take an active roll in. In a relatively short time, your child will grow into a little person you can carry on a conversation with. Before you know it, they will be off to school and learning all sorts of knew and wonderful things! Additional Information Speach and Development Milestones Wikipedia Language development
Speech Development Milestones 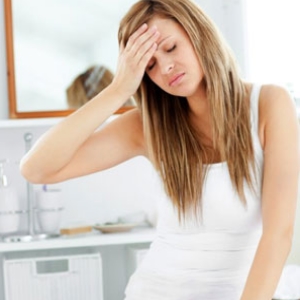 When do pregnancy symptoms start?